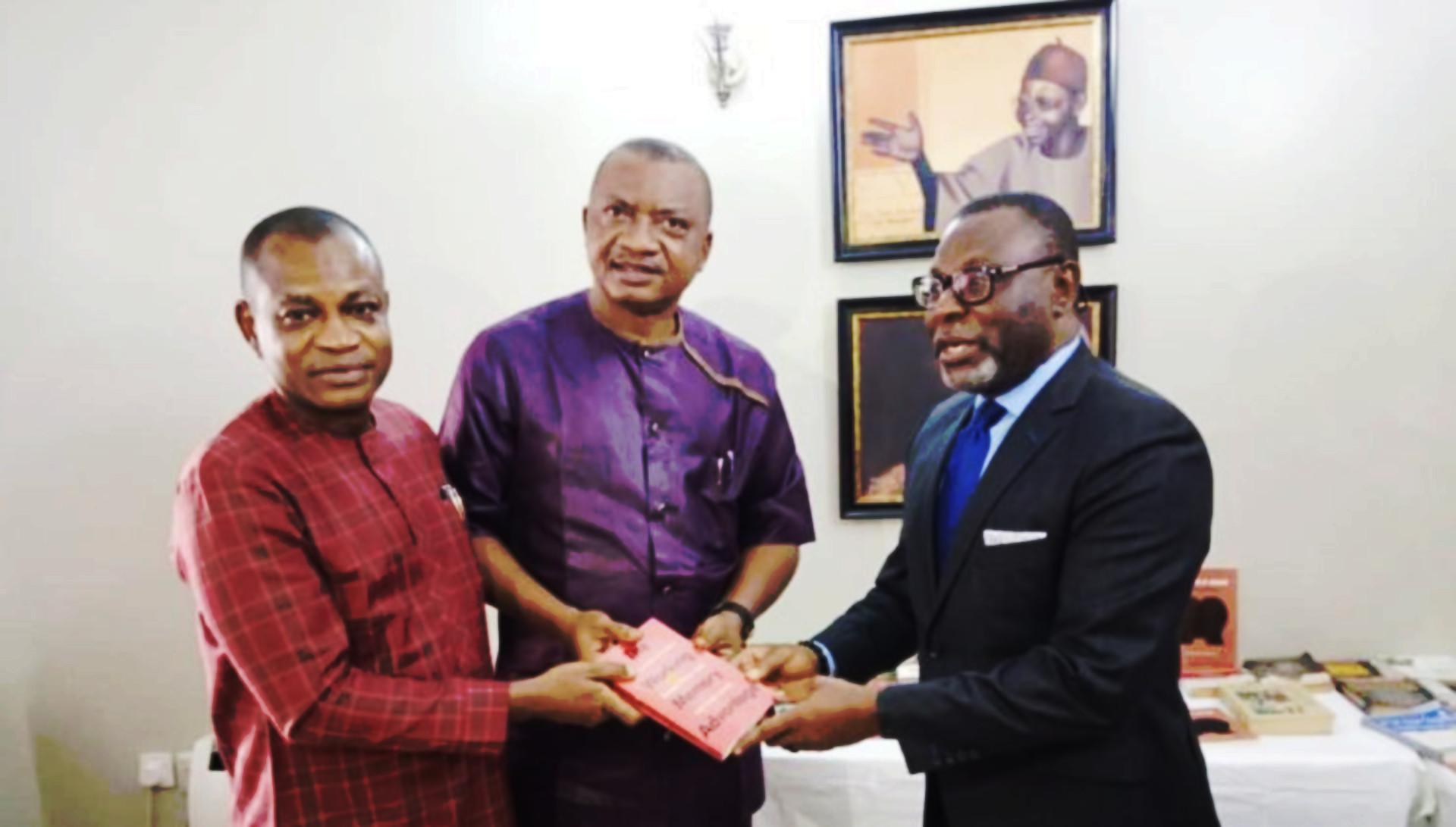 Dr Ihebuzor in his address at the occasion appreciated the unique leadership qualities of the Vice Chancellors Prof N.S Dozie and Professor Patrick. E. Egbule, of University of Agriculture and Environmental Sciences, Umuagwo, both of whom he said are his close friends , adding that their appointments will bring about rapid developments in the schools, especially at this cradle stage.He also described the duo as builders that are deep rooted and highly knowledgeable in school management. He expressed his family’s great love for books and the inepth knowledge they have acquired from books. According to him, his son Chima Ihebuzor wrote hundred poems in two months titled ” The Power of Dreams”, a Century of Poems which were inspired by his late mother in whose honour the books were donated to the institution. With a solemn expression, he described his late wife as his jewel of inestimable value, an unusual woman with great wit and motivation. ”The death of a good spouse is what I don’t wish even my enemy.

My late wife was the secret of my numerous achievements. She was a great wife, mother, teacher and a lover of books. As a voracious reader, she invested in books. A Foundation has been established in her honour”, he stated Prof Ikechukwu N. S. Dozie, the Vice Chancellor of K.O. Mbadiwe University with a heart of gratitude to the family accepted the pile of books donated to the school and described the gesture as a great gift to humanity and a milestone achievement. ”Books are resource materials for knowledge and soul nourishment. We share in your passion in donating books in memory of your beloved wife”, he expressed. He further appreciated the family for being the first benefactor of the school and helping them in their humble beginning. According to the erudite professor, education is the responsibility of everyone and should not be abandoned for the government and the school alone. He urged successful Imolites to contribute their quota to the growth and development of the school while assuring them that K. O Mbadiwe University will become the best university in the country in no distant time.

Your Royal Highnesses, Principal Officers of the University,